“All of Us Are Dead” has made global phenomenons topping and placing in the Top 10 shows of Netflix within less than one week since its first release on Jan. 28, 2022, even reaching number one. Directed by Lee Jae-kyoo and Kim Nam-su, the 12-episode South Korean drama series had become a viral show has taken over global Netflix viewers, so its great success and surprisingly high online ratings come as no surprise.

Similar to that of “The Walking Dead”, the show focuses on a zombie apocalypse outbreak that high school students try to survive while avoiding getting bit by zombies. According to Netflix, the show was adopted from a 2009 webcomic or also known as “manhwa” by Joo Dong-geun with the same title of “All of Us Are Dead” with the comic series ending at 130 episodes. The Korean title’s version can be translated to “Now at Our School”.

The TV series, “All of Us Are Dead” first starts off with a student at Hyosan High School who was in her teacher’s lab room when she had accidentally gotten bit by a deadly rat that was infected by a man-made virus. The student then starts turning into the first zombie in the school which later on infects another person and so on. Halfway through the first episode, the story transcends soon when the whole school seems to be rapidly infected by the deadly virus outbreak, except for a couple of the high school student survivors at Hyosan who are fighting to stay alive and escape the premises.

The directors do a good job of including small details that many high schoolers go through like the pressures of studying, grieving, facing both bullying and cyberbullying, similarities with COVID-19 issues, as well as other big social issues that occur in the world and impact someone’s mentality heavily. While this was a zombie apocalypse show, there were also moments that were brought to the attention of viewers to bring awareness to what many of the regular high school student problems are and how they still exist today.

Though the show does have tragic and chaotic moments, they are well balanced with sentimental and some bright scenes as well. The director Lee Jae-kyoo does a great job at connecting the audience with the characters and how they feel and think through various actions and such as the panic and fear that is encountered at each corner of their way. The director team also seems to have highlighted each character with their own charms, showing how it’s normal for humans to go through a rollercoaster ride of various emotions, good or bad like choosing between sharing or being selfish in order to survive.

The show, “All of Us Are Dead” also centralizes the importance of friendships and complicated sacrifices that show up in life. This coming-of-age and thriller-horror apocalypse theme is put together to show the struggles of young adolescence in high school with the struggles of an outbreak with similar consequences to that of the current and ongoing COVID-19 pandemic with the refugee camps and the sometimes mistreatment in them. 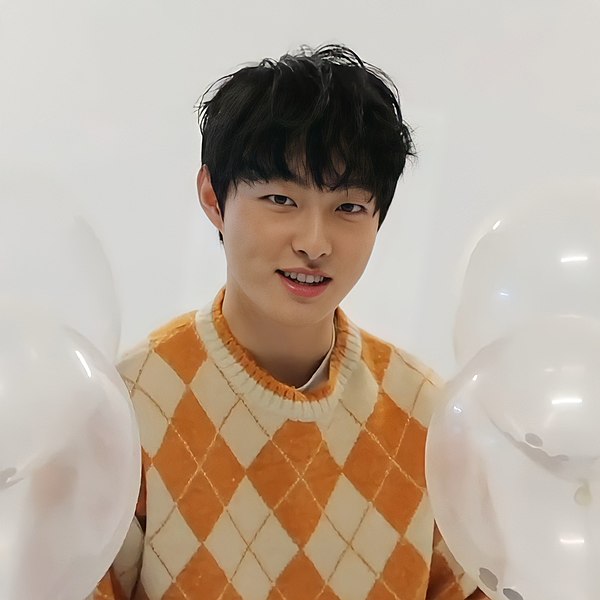 The two main protagonist characters throughout the show emphasize the close friendship of Lee Cheong-san and Nam On-jo who both grew up together as childhood friends. Attending the same high school and being neighbors, both of these characters display similarities between each other. Lee Cheong-san is a reserved quiet teen who isn’t good at expressing his thoughts at first, However, Nam On-jo is also like that. She has a calm approach to problems that arise and she’s a thoughtful person who brings out the witty and charismatic side of Cheong-san that can be seen throughout the show along the way with each of them poking fun at each other and sharing comedic moments.

Both of them encounter other survivors among their classmates and schoolmates like a couple of the supporting characters who are in the same class of 2-5:  Na-yeon, Nam-ra, Su-hyek and others.

The purpose of the work highlights and portrays how at the event of some kind of new serious zombie virus outbreak, some respondents have thought of this as a “prank”, due to the unbelievable words from students about the zombie apocalypse.

Many viewers who are familiar with South Korean history may feel reminiscent of some pieces of the show to correlate as a similar real-world event that had occurred on April 16, 2014. The Sewol ferry tragedy was a ferry boat that sank from Incheon on its way to Jeju. Notedly, this was a school field trip for 250 Danwon High School students and a trip to work for some employees. In both “All of Us Are Dead” and the Sewol ferry tragedy, there can be a similar situation of how the government poorly handled both the events with the students being abandoned and neglected by who the young students relied on, the trusted adults in charge. In both events, none of the adults were able to successfully rescue and help the victims at the time of the incidents.

Ever since the Sewol ferry tragedy, yellow ribbons have been a hope symbol of the recall of the event. In “All of Us Are Dead”, many students are also remembered by the same yellow ribbons that were seen tied in trees. This can be seen as a reference and connection of these two events and the awareness the show has brought up again to viewers.

The show has very relevant and significant lessons to learn from throughout the episodes as there can also be seen a lot of teamwork within the students to get out of the school they are trapped in with the zombie infestation going around. Lee Cheong-san and his other fellow classmates, along with Nam On-jo do what it takes to fight through and survive the apocalypse all on their own. Throughout the episodes, we can see how both introverted childhood friends get along with other schoolmates and meet new people. Their social interactions bring out the unique and special unexpected friendship connections among the group of students and from there, slowly build their bond.

The creators, Chun Sung-il, Lee Jae-kyoo, and Kim Nam-su have worked in collaboration on this show to provide a thrilling zombie apocalypse show previously based on the Korean’s webcomic series. The TV show that is available on Netflix has been praised by many as a cool experience and commented about how well-written the storyline is.

The collaboration between the directors has made an impressively big impact among many new viewers as well as casual K-drama fans. Each episode of “All of Us Are Dead” being 53-72 minutes long, it’s worth watching for its quality content and strong feelings the show creates to binge-watch.

Park Ji-hoo plays Nam On-jo in “All of Us Are Dead” PHOTO CREDIT: Marie Claire Korea

One of the strengths of “All of Us Are Dead” is representing not only social issues but also the valuable and special close relationships with family and friends. Lee Cheong-san and Nam On-jo share many dynamic friend adventures and look after each other as well as their own families. There is a sense of comfort between the two when they hold a serious conversation and share similar mindsets.

The cinematographer, Park Se-seung did a good job with capturing the horror environment and having all the shots of the series as realistic as possible. This is a strong point that involves the viewers being entangled within the series and creating a sense of being there in the show with all the action movement.

Conversely, the series can seem to be too fictional with the fact that this is a zombie apocalypse with lots of fighting action and intense moments. It can be hard to imagine a real zombie apocalypse in our world. But with the outbreak going on in the show, this still kind of represents how Covid-19 impacts us.

There are also some unanswered questions towards the end but for a good reason. There are many positive strengths that outweigh the perplexing unanswered questions towards the end of the show that’ll leave many viewers either satisfied or asking for more. It is solely up to the viewers to watch and judge but, the ending’s unsurprising cliffhanger still has many discoveries yet to be made about it. Directors have in fact said they left the show on this note with a thought in mind of doing a season 2 soon.

I recommend watching the 12-episode show of “All of Us Are Dead” to anyone who likes the chilling apocalyptic shows or just as an introduction to the popular K-drama world. The first episode hooks the viewers right away and will cause you to wonder what happens next. It is a promising series that reflects on even current social issues and similar events in our real world.

“All of Us Are Dead” has made its name as one of the fast-watched shows that still continues to grow ever since its first release. Much of the audience has been captured by previous works of another popular global show: “Squid Game”. Relatively, while they both have different directors and writers, many have found these kinds of thrilling K-dramas as entertaining shows to watch with the mistifying and astonishing plots as the Hallyu wave makes its rounds around the world to even new watchers. Even one of the successful actors, Lee Yoo-Mi, was famously recognized for the role of Ji-yeong from the show, “Squid Game” also plays as Na-yeon in “All of Us Are Dead”.

Lee Yoo-Mi plays Na-yeon in “All of Us Are Dead” PHOTO CREDIT: PlayIN

I highly recommend many young high school people and even adults to look forward to this show as the series storyline progresses since it does get both exciting and mysterious. Many valuable life lessons about family, teamwork and friendship have been incorporated within the show to touch in with reality and resonate with human beings. A lot of very important issues are highlighted in the TV show and come to light throughout the series.

If you’re looking for an intense action-packed zombie apocalypse show with an adrenaline rush and a touch of heartfelt moments or looking to experiment with a new series, this TV show is your cup of tea. It’ll take you on a wild roller coaster ride on the range of various emotions. This show promisingly is sure to spark your curiosity and hook your attention right away. It might even keep you waiting eagerly for a season 2!

Featured Photo (at top of this post): Global show and movie streaming platform Netflix is where “All of Us Are Dead” can be watched. Photo Credit: Flickr